The NTA product range can assist in learning, understanding, and monitoring what is going on with the most critical parts of an organizations infrastructure. The NTA feature set can help diagnose problems quickly and ensure uptime of customer-facing, web pages or services. This is of critical importance to all businesses in the new sharing economy. 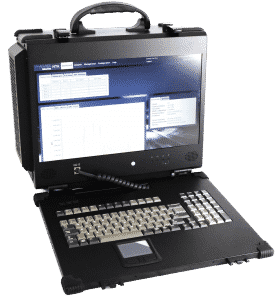 The speed packets with which the packets are replayed can be controlled using the following options:

The duration for which packets are replayed can be controlled with the following options:

The Wasabi Networks NTA products use an intuitive user interface based on secure HTTP.
For portable NTA products the GUI runs on the NTA itself. For all NTA products (portable and rack based) the GUI can be accessed over a secure HTTP network connection from a standard web browser. Online help is available for all functions.

The Wasabi Network mission is to make high quality, affordable, and easy to use Network Analysis, Network test, and Network security products.
Wasabi Networks headquarter is located in Copenhagen, Denmark.
Wasabi Networks was founded by, Jens Christophersen who also was the founder of the world leading Intelligent Network Capture Adapter Company Napatech.

FOR IMMEDIATE RELEASE: 2/22/2019 Wasabi Networks Exhibits at MWC 2019 Wasabi Networks takes the stage at the largest conference for communications technology in the world: Mobile Wold Congress (MWC). COPENHAGEN, DENMARK, February 22, 2019 /EINPresswire.com/ “With more than 100,000 participants from more than 200 countries coming to see in excess

Please feel free to contact us for more information.